Welcome to NHL Predictions! Each day, Last Word On Hockey will break down every game and give our NHL predictions for each game. In today’s NHL predictions, we’ll cover the three games happening on December 1st. This will include a featured game that should be must-watch hockey. The featured game today is the Montreal Canadiens vs Boston Bruins.

The Dallas Stars have completely turned around their season, bouncing back from the 5-8-1 record that they set in October. In the month of November, they only lost two games, effectively setting a dazzling record of 10-2-1. This was the fifth-best record, in terms of points, throughout the entire month, although Dallas played the fewest games among the top-five.

In 13 games throughout November, Dallas allowed 26 goals-against, by far the fewest in the league. They’ve truly embraced the defence-first mindset that carried them through last season and it’s starting to pay dividends. They’re by far the favourites in a matchup against the 24th-place Minnesota Wild. Ben Bishop, Dallas’ star goalie and expected starter on Sunday, only emphasizes their odds. Bishop has boasted a Vezina-calibre season thus far. He ranks fifth in the league in goals-against-average and eighth in save percentage. He has also won six of his last seven appearances.

With all of that said, Minnesota will make things interesting. During November, Minnesota actually ranked 10th in the league in goals-for. While this is a small victory, it’s a promising sign from a Wild team with little-to-no expectations. The Wild have won four of their last six games. Their two losses came in overtime in high-scoring outings, further showing their offence’s strengths. While very few teams have what it takes to topple the Stars’ dominant defence, the outing should be exciting at the least.

The exciting games continue with the matchup between the Edmonton Oilers and Vancouver Canucks. Both teams came into the season backed by wishful thinking but little expectations. Since the start of the year, though, they’ve both blown the league away.

The Oilers boast the greatest duo in the NHL, in Connor McDavid and Leon Draisaitl, and have seen pleasant sparks from players like James Neal and Mike Smith. Meanwhile, the Canucks have looked like one of the most well-rounded teams in the league. J.T. Miller and Quinn Hughes have added a tremendous spark to a Vancouver lineup that needed all the help they could get last season. Thatcher Demko and Jacob Markstrom have also continued to prove their worth as the best goaltending-duo in the league, despite their young ages.

This makes for a game that could go either way. McDavid and Draisaitl make it hard to bet against Edmonton but Vancouver has been full of surprises all year. The goaltending matchup doesn’t help solve anything, either, although it may provide a measly spark. Mikko Koskinen, Edmonton’s expected go-to, has been terrific this year. While fans learned last season that his skill could vanish at any minute, they still have to be happy with his 9-2-0 start to the season. He also has a .920 save percentage and 2.56 goals-against-average. Demko, on the other hand, has a 5-4-1 record, .907 save percentage, and 2.92 goals-against-average. While these are still strong numbers, they may be just weak enough to allow McDavid and Draisaitl to thrive.

Among all three games, the matchup between the Canadiens and Bruins is sure to be the best-watch. The Canadiens have been truly terrible lately. Their defence has entirely collapsed and Carey Price looks out-of-form. This has led them to losses in each of their last seven games and an overall record of 4-5-4 record in November. Something is clearly askew in the ‘City of Saints’. So much so that general manager Marc Bergevin may be nearing a trade.

The Bruins embarrassed Montreal with an 8-1 win on November 26. Every aspect of the Boston lineup clicked that night and they took advantage of one of the worst nights, for Montreal, in recent memory. While not much time has passed, Sunday is Montreal’s chance to respond. Not only are they simply looking to shape back up after such a dramatic loss, but they’re also doing it in the face of their rival.

The matchup will be exciting, to say the least. Boston has been red-hot and will look to continue their emphatic start to the year on Sunday, again taking advantage of the Canadiens woes. While Montreal will surely give their all to bounce back, Boston seems too big of an opposition. 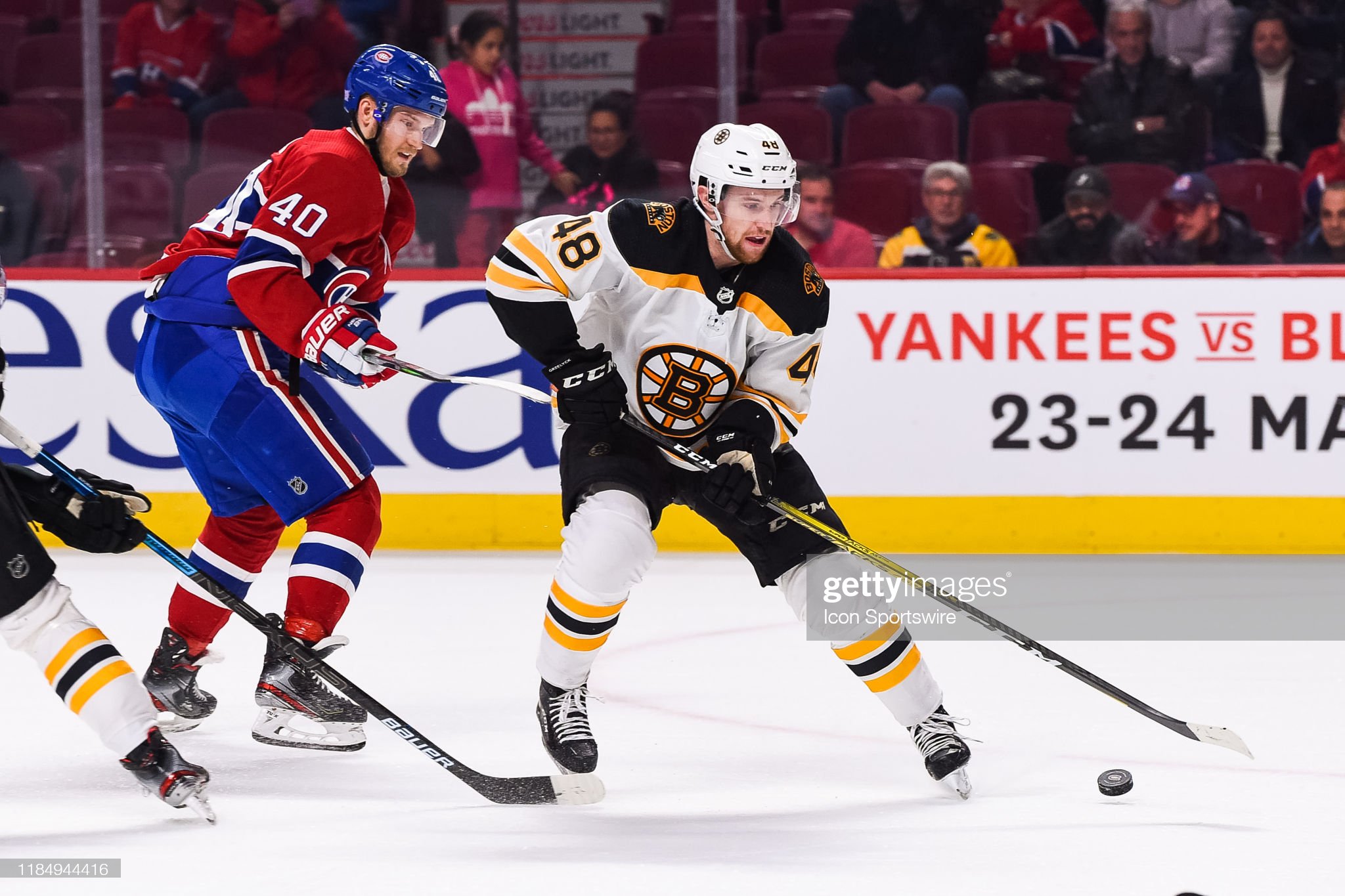 The 2019-20 Vancouver Canucks Should Be Sellers

Arizona Coyotes Could Have Difficult Time Competing in Central Division

Last Word on Habs Pod: Montreal Canadiens at the Break

Canadian Rookies in the NHL You Should Keep An Eye On

The 2019-20 Vancouver Canucks Should Be Sellers